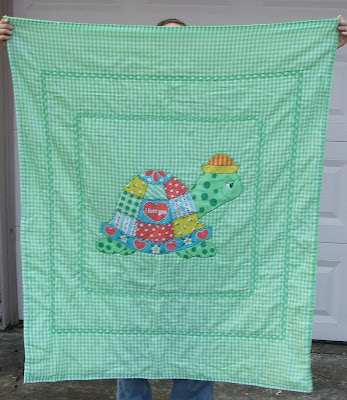 There's a quilt parade going on...

Here is my 'almost first' quilt;
This, ladies and gentlemen is Reed's baby quilt (he's my second child-and is now 29!). I made a similar one with a brown teddy bear on pink gingham for the oldest but I think I gave it to it's owner without photographing it. The turtle and the teddy bear were designed with a front and a back to be sewn together and stuffed for a toy. (I might still have the back pieces around here.) The turtle looked the same on the back; the bear's back was just brown printed fur. It was 'tied' while it was embroidered with large stitches and yarn. It was a fad in 1978 in Utah and since we moved away that year I've never seen another even similar.
I posted this morning (before reading about the first and last quilt parade) and posted what I claimed to be my 2 quilt. I had forgotten these existed but found it while browsing through my pictures looking for my other 'first' quilt. 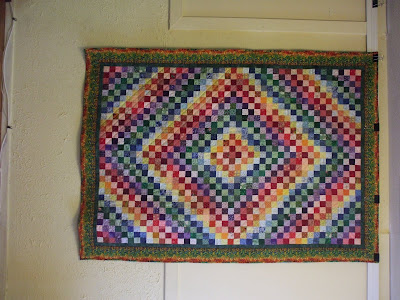 My last finished quilt: I blogged about it here. It was an exchange I organized before Andrew was born 12 years ago... I finished it in May.
I have to post the quilt I was looking for; the one that I think of as my first, a different 'Trip Around the World.' It was my first pieced quilt. It is Melissa's quilt; originally it was tied with pearl cotton but gradually they came untied and I quilted it on my domestic sewing machine. I put a 'fatt batt' and a regular batt in this. I think I was slightly insane; we were living in Baytown, TX! It was too hot to sleep under and too big/heavy to wash in the washing machine. It still got used in the winters and it is very faded. Melissa was about 4 when I made it, she is now ... well she's older than Reed. 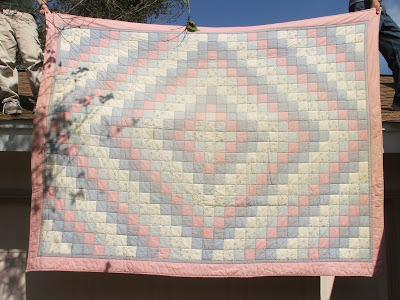 So it you want to see other's first and last quilts go over to Simplify and check them out.
Posted by Laurie at 5:02 PM

I love trip around the world quilts. Yours look great. 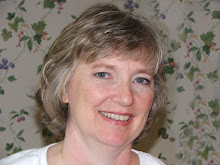 my other blog: the quilter upstairs 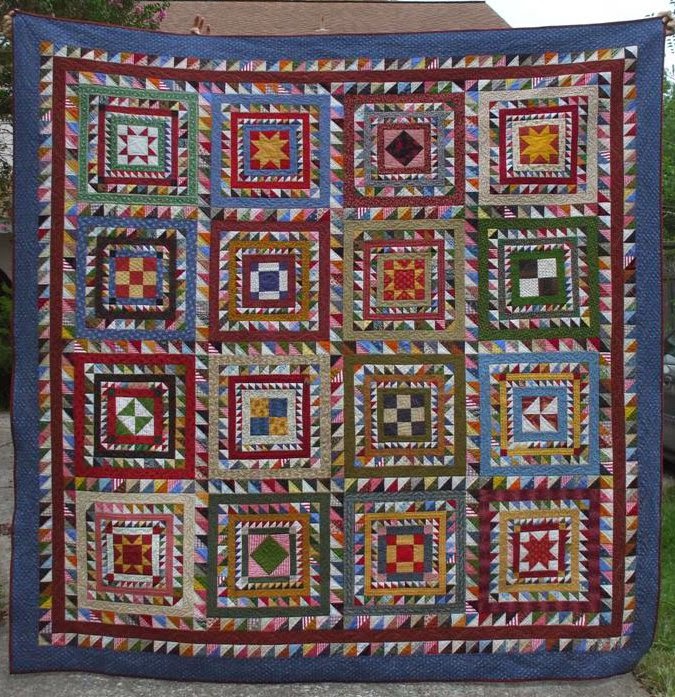 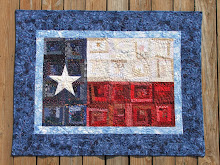 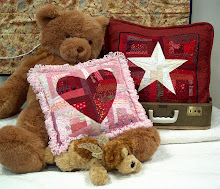 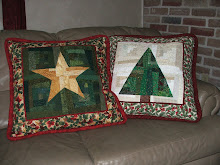